Legoland, although located in Malaysia, is closer to Singapore than Kuala Lumpur. In our case, I bought our bus tickets and entrance tickets separately from BusOnlineTicket  and www.legoland.com.my respectively. BusOnlineTicket occasionally offers a tour package that already includes the entrance ticket and bus transfers to/from Legoland. You can choose between Superior Coach and WTS Travels for the bus. We opted for Superior Coach which departs from Lavender MRT station. Lavender is closer to our hotel in Geylang. WTS Travel buses, on the other hand, departs from Singapore Flyer.

Since you’ll be crossing the Singapore-Malaysia Border, you will have to pass through each country’s immigration procedures. First, the bus will drop you off to pass through Singapore’s immigration. Your passport will get “exit” stamps, this is considered exiting Singapore. The bus will wait for you but after a short ride, it will drop you off to another immigration building. This time around, you will have to pass through Malaysia’s immigration. Your passport will get “entry” stamps, this is considered entering Malaysia. The process might look complicated but it’s just similar to airport immigration and customs (nothing to worry about if you have nothing to declare) process, the only difference is that they’ve split the process into two.

Similar to other theme parks, Legoland is split into several themed areas. They named them “The Beginning”, “Lego Technic”, “Lego Kingdoms”, “Imagination”, “Lego City”, “Land of Adventure”, and the center attraction “MINILAND”. As always, it’s up to you how you want to navigate these zones. Here’s some pics:

Shrek is that you?

Giant animals made of Lego

A pharaoh made of Lego in front of Pharaoh’s Revenge 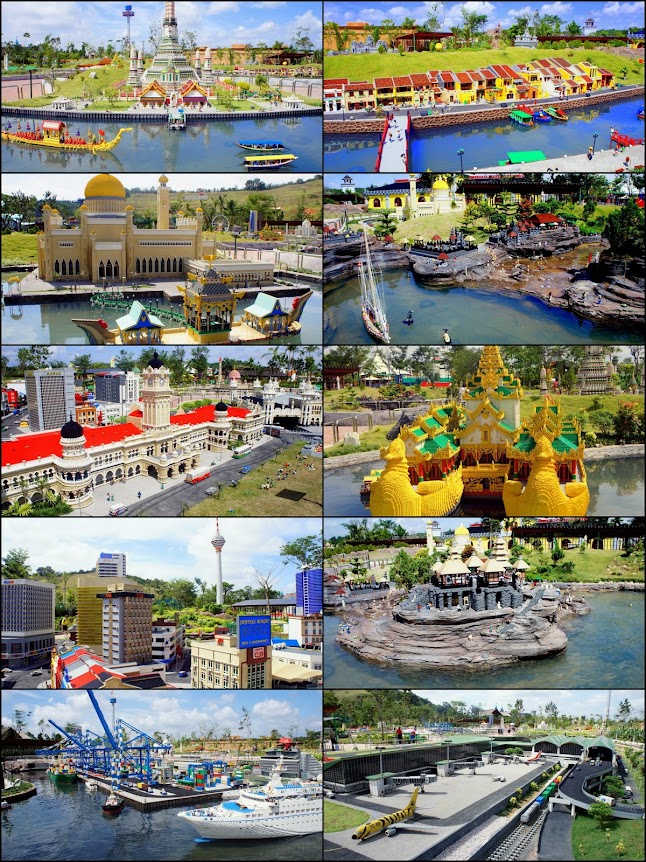 Where did we eat?

In Legoland, food is not that expensive (compared to other theme parks like HK Disneyland and Universal Studios Singapore). There’s also a lot of options inside and outside the premises. You can opt to go outside for lunch in the nearby Lifestyle Mall, just have your hand stamped so you can re-enter after eating. Here’s what we ate that day:

That’s it for Part 2, thanks for reading.